SEOUL, March 31 (Reuters) - After spending two years being socially distanced in his home country of South Korea, Kim Hoe-jun booked a last-minute flight to Hawaii, where he had enjoyed his honeymoon six years ago, giving in to his craving for overseas travel.

"I bought the ticket just a week ago, but it was rather a no-brainer. It felt like I was making up for those two years not being able to go abroad often as I used to before COVID," he said, before boarding the plane from Incheon International Airport on Friday.

Vaccinated and boosted, Kim and his wife are among South Koreans joining in a rush for "revenge travel" - a term that has been trending on social media as people scramble to book overseas trips that were delayed by coronavirus restrictions.

The boom started after March 21 when South Korea lifted a seven-day mandatory quarantine for fully vaccinated travellers arriving from most countries. The restriction had been eased last year but was reimposed in December as the highly infectious Omicron variant spread.

The country has largely scrapped its once-aggressive tracing and containment efforts despite a record COVID-19 wave, joining a growing list of Asian countries which have eased quarantine rules, including Singapore, Japan, Australia and New Zealand. read more

Koreans now appear more ready to travel. Polls showed people are less worried about the implications of catching the virus, and increasingly see its prevention as out of their hands. read more

Sales of overseas flight tickets on 11st, an e-commerce unit of SK Telecom Co Ltd (017670.KS), South Korea's top mobile carrier, rose more than eight-fold compared with a year before between March 11, when the lifting of quarantine was announced, and March 27, the company said.

Kim Na-yeon, 27, was excited to return to Hawaii where she used to live.

"I couldn't dare to travel even in Korea because of COVID," she said. "But now I feel a bit freer with the exemption, so I've decided to go meet old friends and do some sightseeing." 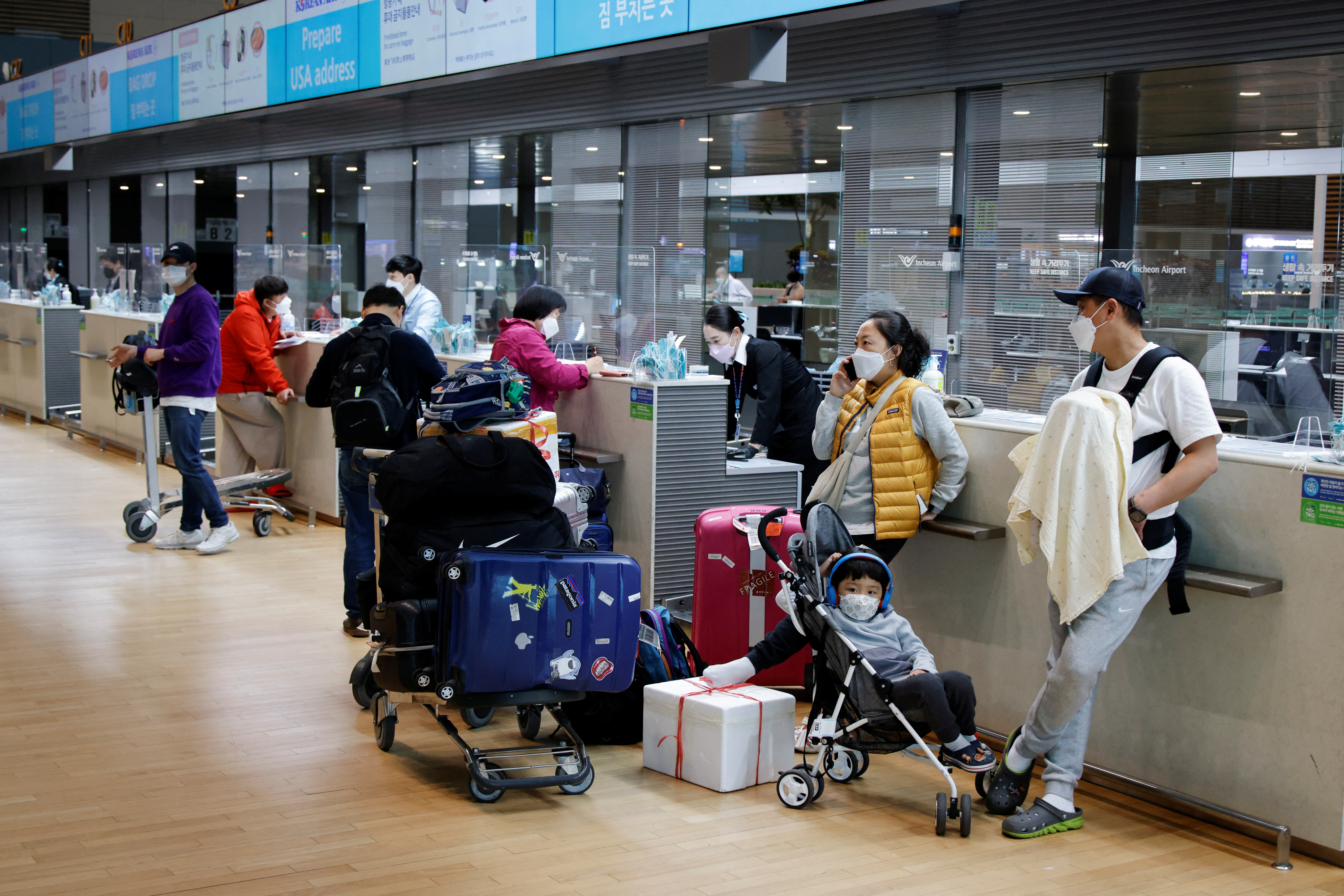 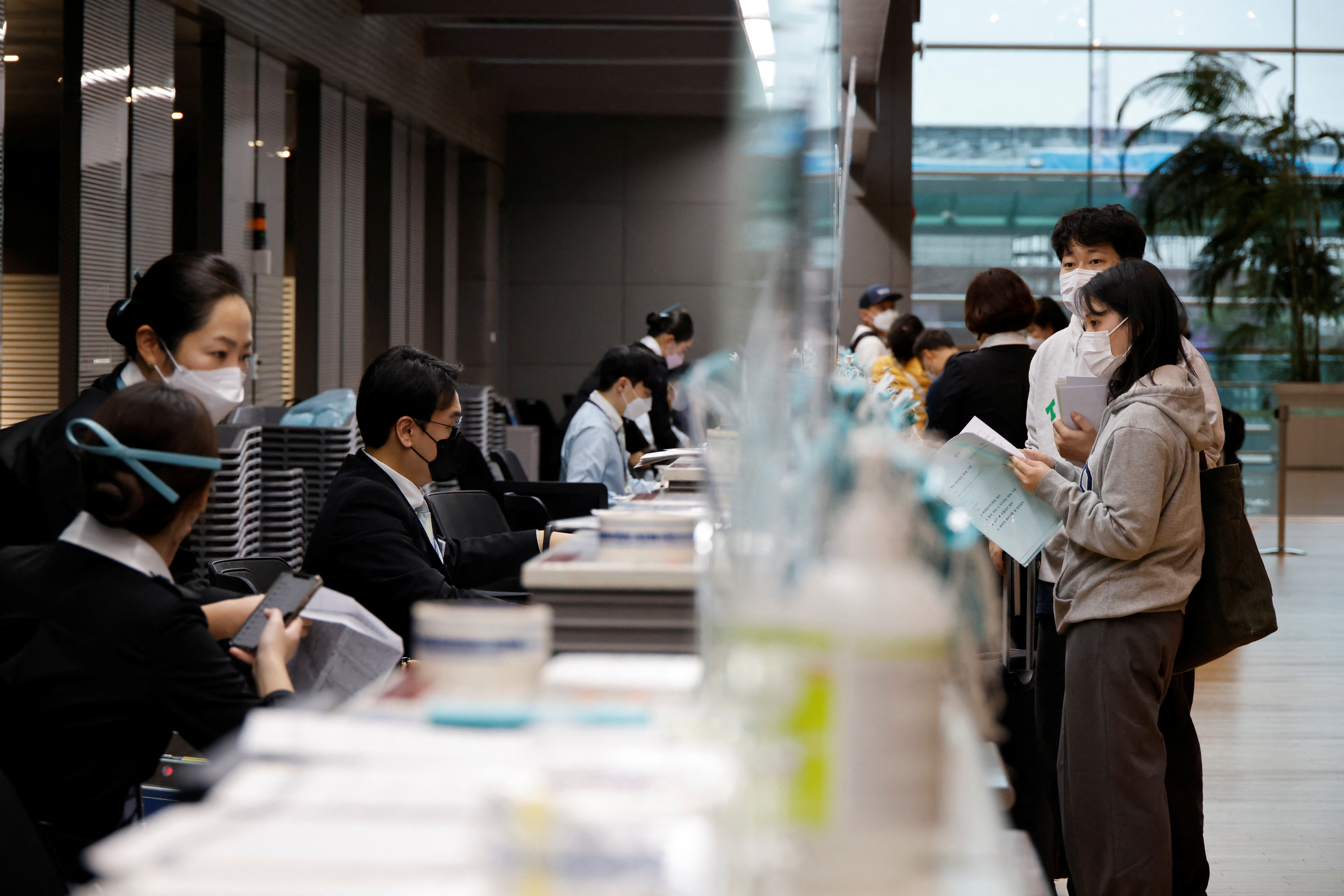 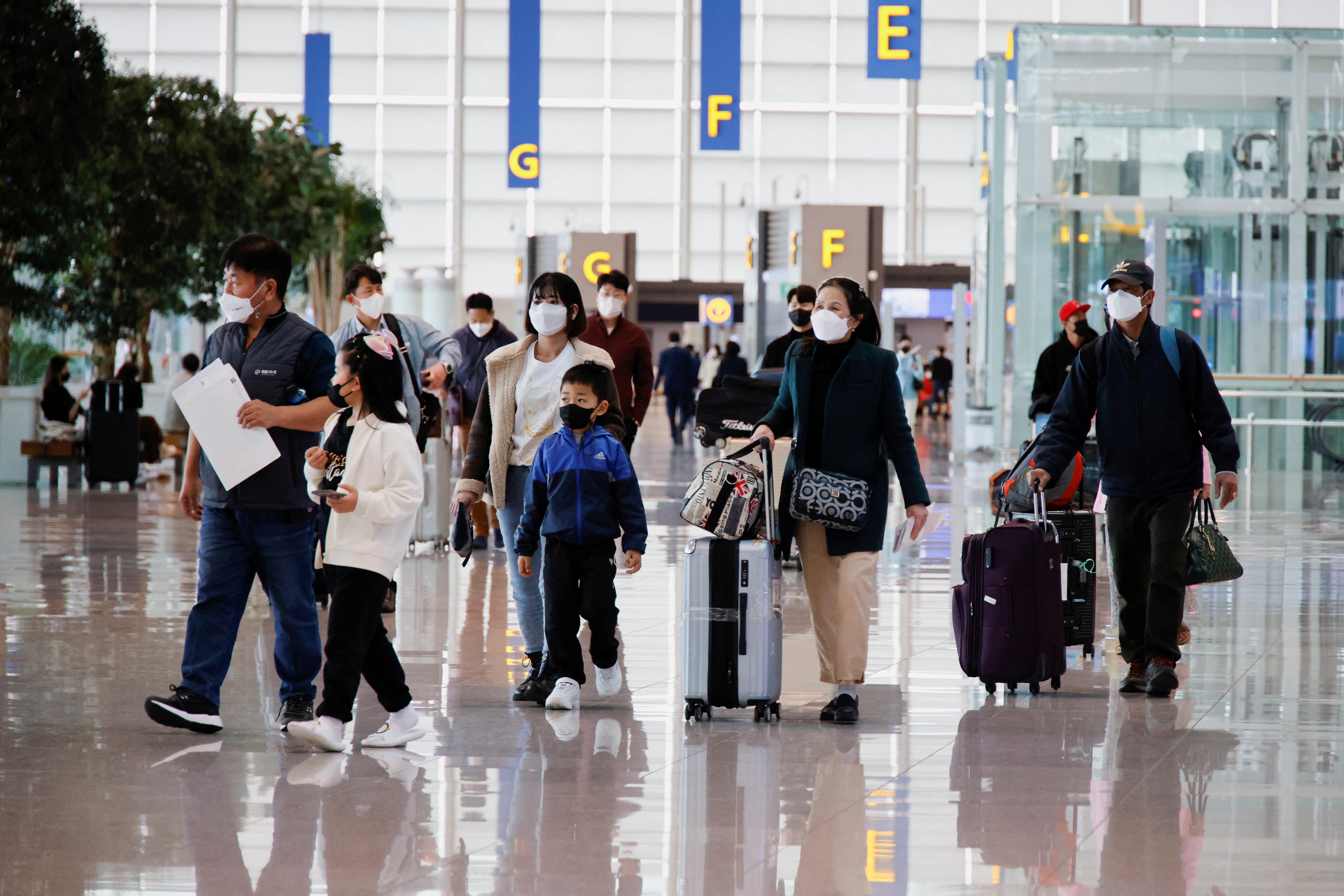 Airlines and travel agencies have reported exploding demand for routes to Hawaii, Saipan and Guam, as well as some destinations in Europe and Southeast Asia where tourists submitting a vaccination certificate or negative test result are exempted from quarantine.

Saipan and Guam, both of which have travel bubble pacts with South Korea, also offer free COVID testing and pay for quarantine expenses if a traveller tests positive. Each South Korean national visiting Saipan even receives $100 in "travel bucks" incentives to spend at businesses there.

On Sunday, the company sold a record 5,200 Hawaii tour packages within just 70 minutes. CJ Corp's (001040.KS) home shopping unit said it received some 2,800 orders for a Spain and Italy trip in one hour on Sunday, totalling 15 billion won ($12.41 million), days after garnering 9 billion won from its sales of a Hawaii package.

"The surge reflects growing customer sentiment that an end of COVID travel curbs might be in the offing after the mandatory quarantine was lifted," said Lee Jeong-pil, general manager of CJ's home shopping unit.

Lee Tae-woo, a 36-year-old frequent traveller to Japan, said he has changed some money into yen, taking advantage of the currency's sharp decline and hoping to jump on the revenge travel bandwagon soon.

Though Japan has yet to allow tourists back in, it has reduced the quarantine period for arrivals for business and other purposes to three days from seven this month, and signalled further easing of travel curbs.

"It's been a long wait, and I'm ready to go back as soon as they finally open up again, and visit my favourite coffee roastery and enjoy the night view from Shibuya station," Lee said, referring to Tokyo's bustling central district.